There’s not enough good news making the headlines around the world.

An awful amount of the negative news have men at the centre of the story.

Some of these men shape the world in which we live.

I know that women play their part in the troubles of the world, however, if you review the news stories across the media at any given time most of the bad news will reference more men.

The capacity of men to change.

I recently attended a long weekend music festival in the beautiful surrounds of Port Fairy a coastal town in south western Victoria in Australia.

The town transforms into a vibrant hub of creativity and at it’s core is the art of story telling via music, art, performance and words.

It was a wonderful opportunity to take a break from the world and get lost in the sounds of folk, rock, roots and blues. Lucky me!

One late afternoon I listened to the the deep Irish tones of Luka Bloom. The music website allmusic.com describe Luka’s artistic mood as:

Check him out if you haven’t already.

He shared a wonderful song which cast a passionate, melodic shadow on the true nature of men beyond power, abuse, manipulation, hatred and greed.

The song was called Heart Man.

The lyrics are below: 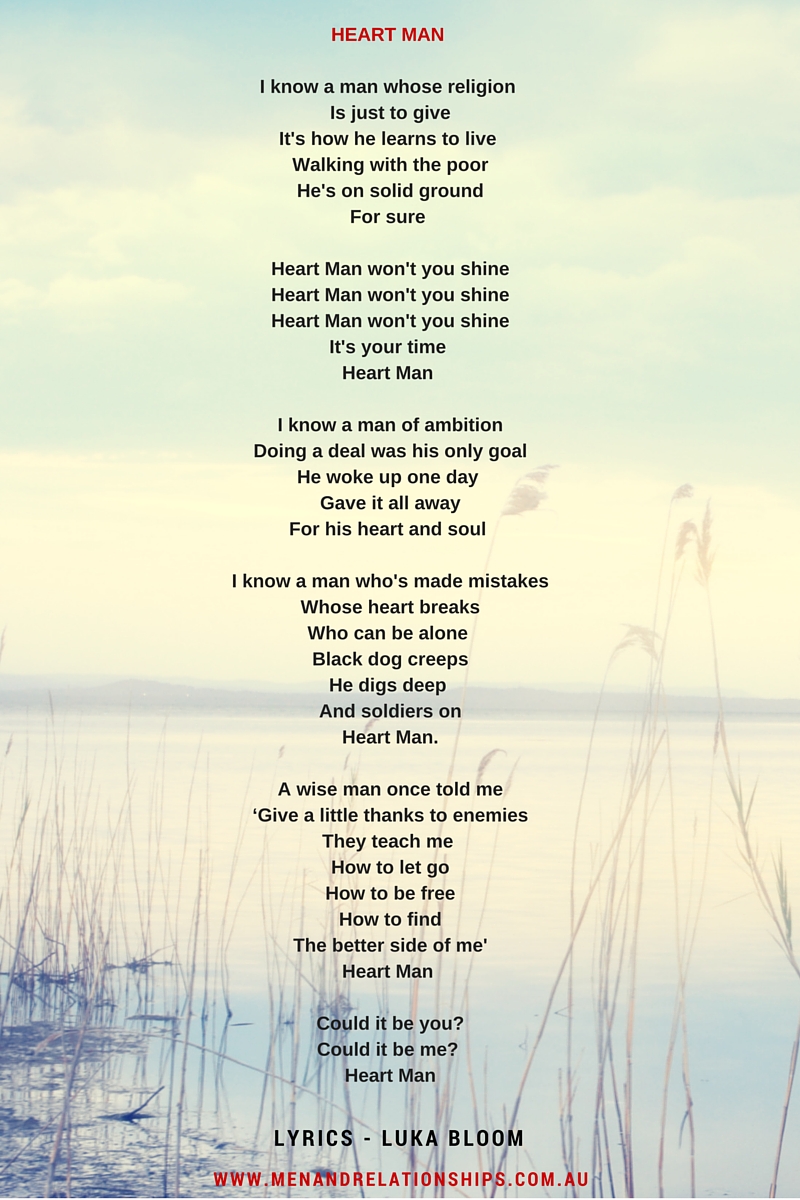 The lyrics remind me of all the men who engage in their own personal work to create better versions of themselves.

There are many men in the world in need of heeding the message within the story of this song.

How do you capture the better version of you?

Let me know in the comments section below.

Check out the you tube clip that accompanies the song, it’s on the MRC Facebook page

Howard is the director and owner of Men and Relationships Counselling. He passionately believes that given the right space and environment, men open up and talk about their lives in a way that empowers them to take steps to change.
He has a strong connection to the growth of men, with over 15 years experience in designing individual and group programs for men and fathers as well as facilitating human relations groups.