Howard is a Counsellor, Psychotherapist, Consultant and Director of Men and Relationships Counselling.

He holds a Masters Degree in Counselling and Human Services and is a qualified member of the Australian Counselling Association. He provides individual psychotherapy consultations to men, women, fathers, mothers, grandparents, young adults and relationship counselling to couples.

Before entering private practice, he worked in the Mental Health Sector providing support to adults with psychiatric disabilities. His career spanned 16 years, half of which included organisational leadership and program management roles in designing, implementing, and facilitating recovery focused, rehabilitation programs.

Howard has provided external supervision and consultation to support staff, counsellors, team leaders and managers within the Mental Health and Community Health sectors.

Howard and his associates specialise in working with men and those in relationship with them.

He has a particular interest in the meta-emotion of men, that is the feeling about feelings and the messages men have been taught in regards to their emotional expression.

Foxtel/Channel 31 – Howard’s has participated in a discussion on Men and Depression on the Exchange TV program featured on Channel 31.

Howard has featured in a Fairfax Media article published on the topic of Post Natal Depression in Men and men’s experience as victims of domestic abuse.

He has contributed articles on fatherhood to the Pregnancy, Babies and Children’s Parenting Insights online magazine and is writing regularly on his Men and Relationships Blog.

Howard has been a guest on a number of mental health podcasts discussing men’s emotional health and relationship.

Howard is becoming a sought after presenter and speaker in the community. He speaks on a range of topics including Men’s Mental Health, Relationships, Parenting and Fatherhood. 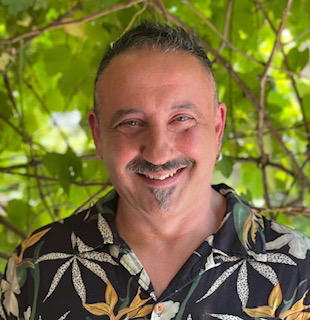